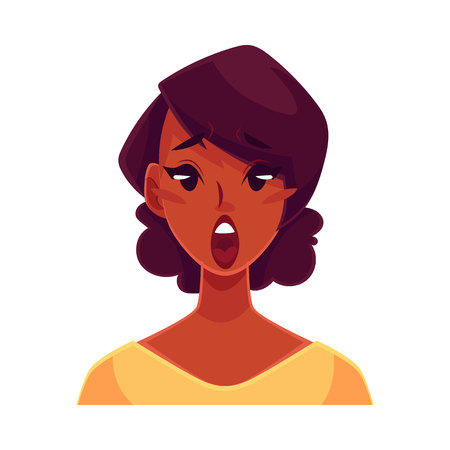 OK, chill out. Don't go all Wakanda warrior princess on my behind for dissin' shea butter and coconut oil. Ya hear me? Haa!

Look, before y'all come for me. Just know this...

I do want this information from professional hairstylist Aeleise Jana to be heard though. Because MANY naturals still are struggling with their hair regimen.

Because they just do what they see working for others and automatically expect the same results. Many times that's a mistake.

So, alot of y'all gonna think this sista has lost her mind because she says “Stop with the coconut oil and shea butter.”

I already know. Stop being mean sis, let her speak...

Because for SOME WOMEN and their unique hair needs, maybe she has the best advice that they'll hardly ever hear anywhere else.

Who "Talking Crazy" Bout My Coconut Oil and Shea?

So let me introduce you too Aeleise Jana, she’s a professional natural hairstylist (I'll post a video from her below), Aeleise is a self-professed “Curl Geek” whose seen 100's of natural hair clients who’ve had the same common issues.

They ALL suffered from dried out, frizzy, crunchy hair.

What did they ALL have in common???

They were putting coconut oil and shea butter on their hair like it was going out of style!

So you’re an avid user of coconut oil/shea butter and you use it religiously. Not only do you think this is the holy grail to your hair regimen, you’re probably also insistent about using sulfate-free shampoos. Often a sulfate-free shampoo or co-wash doesn’t include surfactant (cleansing) agents that are strong enough to remove gunky buildup.

Repeating this process over and over again without clarifying and soon enough you can end up suffering from permanently dry hair.

Aleise advises that reducing or eliminating the use of coconut oil and shea butter eliminates the need for harsher, more powerful shampoos.

Also, when we think of hair oils and butters, coconut and shea are among the heaviest.

So heavy, that they can create a barrier between your hair shaft and water. Aeleise says, “Shea butter and coconut oil used the way most consumers do suffocates the hair and scalp. Moisture = water. Oil= sealant. If you don’t clarify the oil layer off of the hair and allow water to get into the cuticle you’re moisturizing dry hair.”

The actual moisturizing agent, water, is being blocked from entering the cuticle. Ouch!

Sure, you might think that the sheen from coconut oil/shea butter you see on your hair means that it’s moisturized. Well....

According to Aeleise, “Water evaporates in 4-7 days from hair so adding coconut oil or shea butter to dry hair then co-washing or using weaker sulfate- free shampoos contributes to the experience of dry hair.”

When hair is shampooed and sealed with either coconut oil or shea, the hair is blocked from absorbing any moisture from the atmosphere. According to Aeleise, “Anything on top of that already closed cuticle seals water in and out.” In the case of coconut oil and shea butter, we are sealing water out of the hair, thus not allowing it to gain entrance to our hair strands.

She further goes on to explain, “Once the water stored in the hair evaporates [after] 4-7 days, the hair reaches out to the atmosphere for water (i.e. dry, rough, frizzy hair).”

#4 - They do not moisturize the hair.

Water=Moisture. Oil=Sealent. “There’s no need for oils (natural or petroleum based) on the hair but for sealing or lubrication. A healthy scalp contains sebaceous glands that provide a protective layer for the scalp skin. Light oils that form a protective barrier around the hair strand are fine. What’s not okay is an absorbed oil (coconut oil and shea butter) that blocks water out of the hair strand.”

Aeleise suggests, “alternative ingredients like aloe vera, jojoba oil, almond oil, marshmallow root, etc. that are water-soluble or able to be easily removed with a light cleanser serve the hair better. Also, a properly formulated lower ph conditioner does the job of closing the cuticle down over the water therefore sealing.”

Aeleise's "Hydrate + Define: How I Add Water To My Wash & Go"  VIDEO

Listen... She's NOT a "YouTuber", but she has made a few videos... Don't judge her advice on the fact that she doesn't use YouTube to pay her bills. It's not her focus. Helping naturals with their hair IN-PERSON is her profession... Here's the vid.

CurlKalon Looks Great For Kinky-Curly Protective Hairstyles! GET IT HERE

Hey sis, hey! Thanks to our readers this site is now an “Amazon Associate”, we earn from qualifying purchases! Thanks to y’all, more free content is coming at ya! Heyyy!